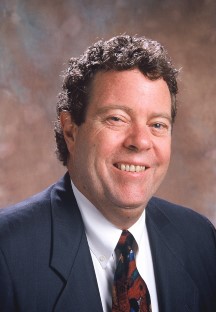 Pete was a lecturer for the NAB, RAB, BCFM, BCCA, several state associations and broadcast groups as well as the Commercial Law League of America.

He was the publisher and editor of Szabo Collective Wisdom, a quarterly educational newsletter of credit and collection articles and tips, with a circulation of 9,500. 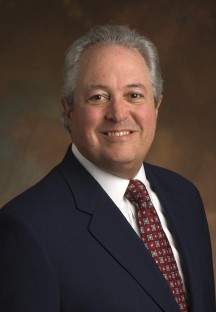 President
Robin Szabo is originally from Jacksonville, Florida, and is a graduate of Florida State University where he earned a Bachelor of Science Degree from the College of Business with major areas of study in Accounting and Finance. He joined Szabo Associates in 1975 and served as Vice President from 1982 to 2006.

He is a longtime member and supporter of the Georgia Association of Broadcasters and a member and past board member of the Media Financial Management Association currently serving on the Membership Marketing, Promotions and Services Committee, the Interactive and Digital Media Committee, and the TFM Editorial Advisory Board. In 2011 he received MFM's Rainmaker Award and in 2014 MFM's Chairman's Award in recognition of his lasting contributions to the growth and expansion of the association. He has lectured for the AMCEA, AWRT, BCCA, INFE, MFM, NAB, RAB, many state associations, media and entertainment groups and credit associations.

Robin is a contributing editor for MFM's "The Financial Manager", and past contributing editor for AMCEA's "News and Views" and "The Credit Professional". He is also the publisher and editor of Szabo's "Collective Wisdom", a quarterly educational newsletter of credit and collection articles and tips with a circulation of 9,500.

Robin's passions beyond work are spending time with family and friends, organic gardening and competitive and pleasure fishing.
robin@szabo.com 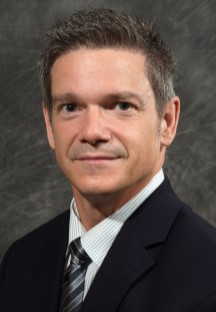 Vice-President
Randy Neff is Vice President of Szabo Associates, Inc., which was founded in 1971, and is the first and largest collection firm to specialize in debt collection for the media and related industries. The firm is the industry leader in traditional broadcast and print media collections, but also provides collection services to the syndication, entertainment, product licensing, online advertising and internet industries, with collection experience on over 500,000 agencies and advertisers.

Randy is responsible for the company's strategy and corporate operations; overseeing collection, sales and litigation operations, including the development of the company's growth and productivity initiatives, forming new business and partnerships; financial structure; and promoting the company's culture and vision statements.

Randy joined Szabo Associates in 1998, and previously served as an an Account Associate, Newspaper Division Manager, Radio Division Manager and Cable/Television Division Manager, where he was responsible for managing collection and sales associates, ongoing training, performance, reviews, forecasts, budgeting, and the growth of the divisions.

Randy has been a guest lecturer on Credit and Collection Management for media industry companies and is a member of the Media Financial Management Association, where he serves on the Board of Directors, and the Localism, Digital+, and Television Networks.

Prior to Szabo, Randy spent seven years in Credit, Collection, and Consumer Finance in both First-Party and Third-Party operations. Randy has received certifications in Accounting, Marketing and Distributions, and Sales and Management.

Randy is married and has a daughter. His hobbies include spending time with his wife and daughter, playing tennis, and just about any other outdoor activity, including hiking, kayaking, spending time at the lake or beach, but he has also been known to go spelunking.
rneff@szabo.com
The best people always do more. Ours are the best. 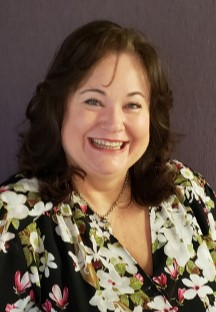 Legal Services Manager
From Florence, South Carolina; graduated from Frances Marion College with a B.A. in History and a minor in English; continued on to the National Center for Paralegal Training in Atlanta, Georgia and became a Certified Paralegal. Joined Szabo in October 1989. Prior to Szabo, three years experience in credit and management. Recipient of the Szabo Certificate of Appreciation in 1992, and the Szabo Quality Award in 1994 and 1996.

"Our objective at Szabo is to offer quality service to our clients by maintaining a high standard of performance."
shenderson@szabo.com 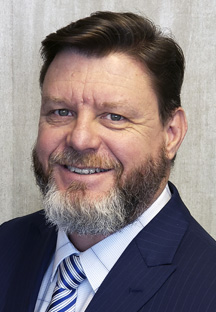 Division Manager
From Abilene, TX. Joined the Szabo team in May 2021; prior to Szabo, spent over 20 years in credit and collections, and several years as vice president of collections in both commercial and consumer collections; served in the US Army.

Awards include Most Improved Commercial Agency and Top Collection Agency.

Hobbies include riding my motorcycle, family adventures, video games, shooting at the gun range, and golfing.

“Szabo's motto is ‘More is Better than Less’ and my goal is to add from my experience the ability to be innovative, a problem solver and trainer. With the world class personnel Szabo has, I want to build on the effective professional collection service for our clients to continue to be proud of.”
phogue@szabo.com 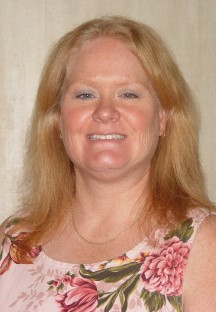 Business Manager
From Maryville, Tennessee; received Bachelor's Degree in Hotel and Restaurant Administration from the University of Tennessee in 1991. Prior to joining Szabo, managed Burger King locations for 10 years in Tennessee; worked as administrative assistant at Bonnie's Garage Door Company for 2 years.

"With a background in customer service, I am constantly striving to give our clients the best service possible."
probinson@szabo.com 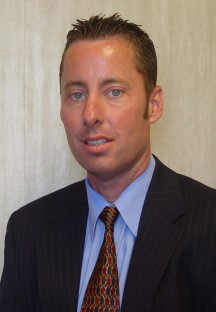 Division Manager
From Dunedin, Florida, received a Bachelor's of Arts degree from the University of South Florida, majoring in Finance; joined Szabo in December 2008. Prior to Szabo, spent 10 years in the car leasing industry as an area sales manager. Received numerous sales and customer service awards.

Hobbies include fishing, tennis, and working out at the gym.

"My goal is to provide the highest level of service to our clients in an efficient and professional manner."
jshearer@szabo.com 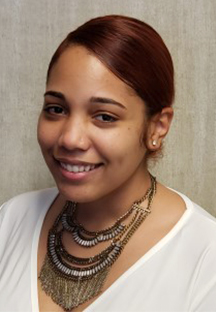 Associate
From Bronx, NY; studying Sociology at Georgia Perimeter College. Joined the Szabo team in February 2020; prior to Szabo, worked as an administrative assistant and office manager.

Hobbies include spending time at the gym and with family.

"I strive to provide the best customer service experience to my clients so they can always have a memorable note of how outstanding and professional working with Szabo is."
kchea@szabo.com 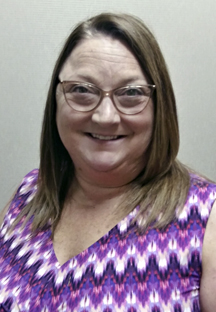 Hobbies include art, including painting landscapes and being crafty.

“To give real service you must add something which cannot be bought or measured with money, and that is sincerity and integrity.”
cdaugherty@szabo.com 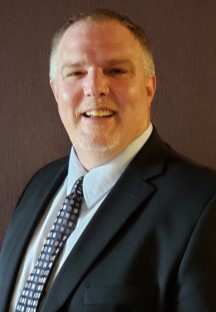 Associate
From New Jersey; attended Rutgers. Joined Szabo in August 2014; prior to Szabo, spent ten years as Director of Operations for a national collection agency; owned own agency for seven years. Has earned several Manager of the Year awards.

"Problem solving is achieved through the art of negotiation."
dgrieco@szabo.com 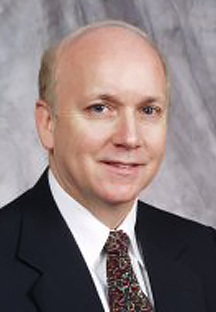 Associate
From Augusta, Georgia; graduating with a Business Administration Degree in Journalism from the University of South Carolina. Joined Szabo in May 2000. Prior to Szabo, twenty-three years in collections with several banks and finance companies. Held position as Collection Manager during part of this period. Member of Toastmasters and American Institute of Banking.

"I look forward to working for our clients to provide the best service possible."
rhollis@szabo.com 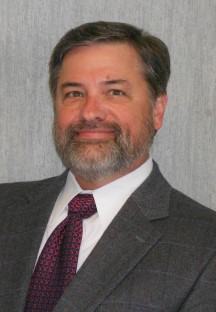 Associate
From Atlanta, Georgia; received a Bachelor's of Arts Degree Georgia State University. Joined Szabo in June 2012; prior to Szabo, spent fifteen years as Credit and Collections Manager for various national and regional commercial and consumer product and service companies; eight years in the bankruptcy and receivership fields, and five years as a certified fraud examiner.

"My goal is to further promote a team atmosphere within my division and in our company, which will further enhance our performance and superior service to our valued clients."
rhunter@szabo.com 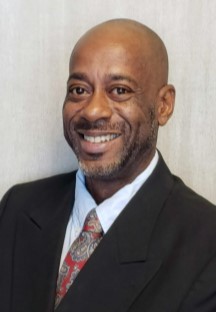 Administrative Associate
From Atlanta, Georgia; attended Clark Atlanta University and Computer Learning Center, received a Network Administration Diploma; joined Szabo in September 2002. Prior to Szabo spent fourteen years with the US Postal Service, four years as a mailroom supervisor, and two years as a facilities/service assistant.

Hobbies include surfing the internet, bowling, exercising, music, and movies.

"In a world of corporate impersonality, it is a refreshing pleasure to be associated with a company that truly values its employees. Being that the AEs are my customers, it is my duty to make sure that they have everything they need to satisfy their clients."
vjohnson@szabo.com 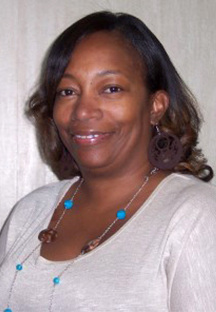 Associate
From Columbus, Georgia; joined Szabo in March 2011. Prior to Szabo, spent sixteen years in the collections industry.

"Keep your dreams alive. Understand that to achieve anything it requires faith and a belief in yourself, vision, and hard work. You must have determination and dedication. I bring that perspective to work with me every day so that I may better service my clients."
Ikendrick@szabo.com 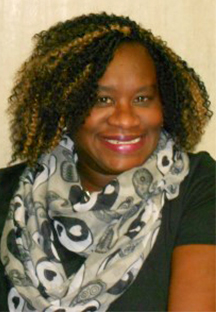 Associate
From Port Au Prince, Haiti; graduated from Chattahoochee College majoring in Business Administration. Joined Szabo in May 2017; prior to Szabo, spent ten years in the collections industry.

"One call can make a difference that will last you a lifetime."
mlominy@szabo.com 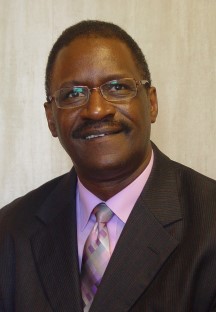 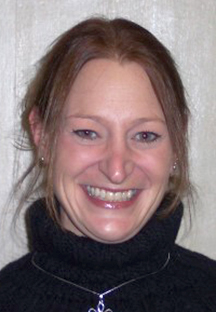 Hobbies include camping, traveling, and there's always time for music.

"I strive to provide quality service with a positive attitude."
mpillar@szabo.com 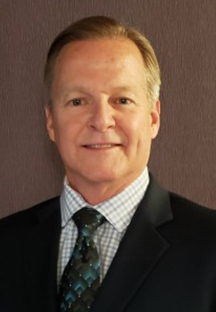 "Szabo's innovative technique and training, along with quality personnel, combine to create an effective professional collection service for our clients."
dschimmack@szabo.com 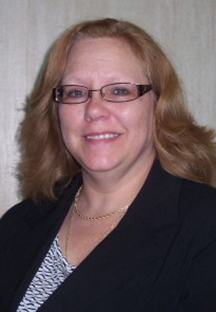 "After twelve years of collection experience, I am excited to join the Szabo team. It is refreshing to work with an organization that services the media and strives to service our valued clients."
rsteele@szabo.com 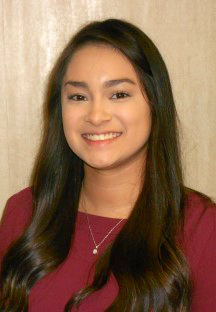 Legal Services Associate
From Pikeville, Kentucky; graduated from Eastern Kentucky University with a Bachelors in Criminal Justice and a minor in Paralegal Studies. Joined Szabo in December 2017; prior to Szabo, spent one year at a law firm specializing in Social Security Disability and Workers Compensation.

Hobbies include traveling, being with family, and hiking.

"My goal is to provide the best quality service to our clients and to show them that they have someone they can trust that is going to work hard to get what they need done."
ktrivette@szabo.com 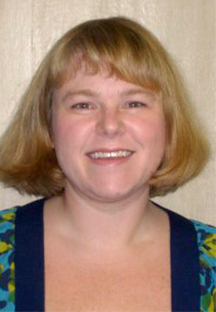 Hobbies include volunteer work for radio stations and the High Museum of Art, music photography, writing, and listening to local bands.

"I am a firm believer that hard work, integrity and giving a hundred percent always brings success."
cwalters@szabo.com
Szabo Associates was the first and is the largest media debt collection firm in the world, delivering millions and millions of media debt dollars to clients over the past half century. Our team members—masters of diplomacy and incredible negotiators—combine their skills with services such as DebtorNet®, A/R management, and legal processes to deliver MORE expertise and MORE money. After all, it’s your money, we think you should recover MORE of it. Let us show you how.