The media collection company, started by Pete Szabo, began with four employees and a handful of clients. Today, 50 years later, Szabo has thousands of clients.

“When I joined my brother Pete in 1975, I couldn’t imagine the changes that have happened in the media profession,” said Robin Szabo, president, Szabo Associates. “We have grown up with the industry and are intimately familiar with media finance. We could not be where we are today without our loyal clients, and I’m so grateful for their friendship and business.”

Robin Szabo has served as President of Szabo Associates since 2006. If you’ve never heard of this company, which this year celebrates its 50th anniversary, go chat with your CFO or the collections department!

Szabo Associates began life as a media collection services operation in 1971. Why? Was Radio plagued with a collection of deadbeats?

That’s just one of the questions Robin answers in this latest InFOCUS Podcast, presented by DOT.FM. 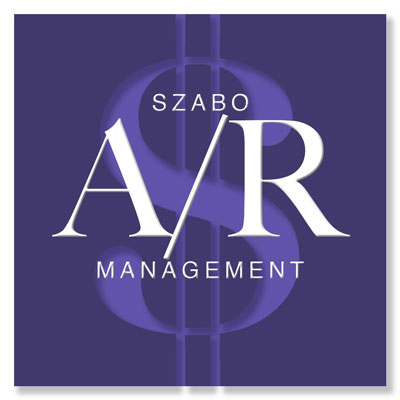 A/R management for one or all your accounts receivable. Have an especially tough A/R client? We can manage that for you. Or we can manage your entire A/R process with complete transparency. Decades of expertise in credit/sales coordination, policies, credit and collection services and contracts comes in quite handy for our clients.

Team members who get that MORE is better than less.

It takes moxie to become a SZABO team member. We select employees through a stringent hiring process that places a premium on character, personality, intelligence, self-reliance and an ability to learn from training and experience.
Most of our people already have experience in collections. We take them to the next level educating them on the media business and enhancing their collection management skills.

We teach the art of diplomacy and negotiating techniques necessary to accomplish collections while protecting valuable media-client relationships.
We work in person, by phone -- never a form letter. But most of all, we train our people to be experts in our clients' business.

As a result, employee turnover is low. Our collection professionals average 25 years commercial collection experience and 14 years with SZABO and our entire staff averages 13 years with SZABO.
Meet the team
Szabo Associates was the first and is the largest media debt collection firm in the world, delivering millions and millions of media debt dollars to clients over the past half century. Our team members—masters of diplomacy and incredible negotiators—combine their skills with services such as DebtorNet®, A/R management, and legal processes to deliver MORE expertise and MORE money. After all, it’s your money, we think you should recover MORE of it. Let us show you how.